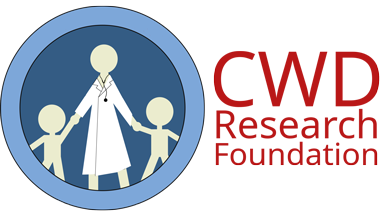 What is type 1 diabetes?

Type 1 diabetes (T1D) is an autoimmune disease in which the insulin producing cells in the pancreas are destroyed by the body’s immune system, causing insulin production to diminish. Insulin is a hormone needed for the production of energy within cells; individuals with T1D may be dependent on injected or pumped insulin in order to survive.

T1D has been diagnosed in approximately 1.3 million people in the U.S., including about 200,000 young people under 20 years old.  The incidence continues to increase 3-5% annually. By 2050, the expected prevalence of T1D is estimated to be 5 million people in the U.S., including 600,000 young people.  Expected lifetime medical expenses and income loss due to diabetes total approximately $643 billion in the U.S. (2016).

Who is at risk of developing T1D?

Family history is an indicator of T1D risk, however, other factors are associated with the development and progression of T1D, such as inflammation, autoantibodies, vitamin D3 deficiency, even viral infection.  The presence of islet cell autoantibodies (such as IAA, GADA, IA-2A, and ZnT8) indicates an autoimmune response against the cells of the pancreas, and is strongly associated with development of T1D. Poor vitamin D3 and long-chain omega-3 status, as well as increased inflammation, have been associated with lower levels of these antibodies and therefore lower risk of T1D development.

What is the mechanism of Type 1 diabetes where vitamin D3 is involved?

T1D can be triggered by vitamin D3 deficiency, which is common.  An extremely delicate membrane in the pancreas separates the endocrine cells that produce insulin (beta cells) from the exocrine cells that secrete pancreatic enzymes.  The beta cells reside in fluid compartments, and are protected there by the membrane that surrounds them.

When a child is deficient in vitamin D3, this membrane is weak and easily penetrated.  Viruses that occur in the GI tract can pass through it and infect the beta cells. Beta cells don’t regenerate easily, and can’t restore their population following autoimmune attacks.

In response to viral infection, the beta cell displays an antigen on its surface that is detected by the immune system.  The cells also release cytokines, causing migration of killer lymphocytes across the membrane. These immune cells target and kill infected beta cells.   Since beta cells are the sole source of insulin, the amount of insulin produced by the pancreas is cut. As more beta cells are infected and killed, their population of beta cells fails to be effective, and the patient develops T1D.

The material that holds many cells and possibly some membranes together is called E-CaDherin. E stands for epithelial, Ca for calcium, and D for vitamin D. Herin is derived from adhaerere, a Latin word for sticking. E-cadherin acts like glue, possibly holding cells that produce the together and keeping it safely intact. It is believed that vitamin D3 supplementation enhances intercellular adherence and function of the membrane-producing cells, helping to prevent diabetes.  Vitamin D3 reduces the intensity of the immune attack on beta cells as well, due to its tendency to raise the concentration of dentritic lymphocytes, the powerful peacemakers of the immune response. We assert that these mechanisms work hand in glove to prevent T1D.

What is the role of vitamin D and omega-3 in the progression of T1D?

It is known that progression to many forms of diabetes, including T1D, can be predicted by measuring levels of inflammation.  Research has also shown that vitamin D3 and long-chain omega-3 fatty acids (such as DHA and EPA) are both anti-inflammatory, therefore, progression of T1D could be predicted by measuring levels of inflammation using such blood spot tests as 25(OH)D (the measure of 25-hydroxyvitamin D, the most commonly studied vitamin D compound in the blood used to measure vitamin D status) and the ratio of Arachidonic Acid (AA) to Eicosapentaenoic Acid (EPA) and Docosahexaenoic Acid (DHA) (the AA:EPA ratio, used to measure omega-3 status).  48 leading vitamin D researchers have recommended a serum level of 40-60 ng/ml (100-150 nmol/L) of 25(OH)D for the prevention of many chronic diseases, while an AA:EPA ratio of <3 is a target for reduced rates of chronic inflammation.

Studies have also examined the incidence of T1D in countries at different latitudes, and found that countries further away from the equator, where there is less UVB available to produce vitamin D in the skin year-round, have a higher incidence of T1D.

Are vitamin D3 and omega-3 safe?

Vitamin D3 is safe, if consumed in reasonable quantities. With summer sun exposure at mid-day while wearing a bathing suit, the body can make about 15,000 IU in 15–20 minutes (exact amount of time depends on skin type), and outdoor summer workers by the end of summer will typically have serum levels of 60-80 ng/ml (150-200 nmol/L).  Vitamin D is an extremely potent compound, and if taken in abnormally high doses, can produce severe toxicity leading even to death. However, there have been no reported cases of vitamin D toxicity at serum levels of 25(OH)D below 200 ng/ml (500 nmol/L) no reported cases of vitamin D poisoning at daily oral doses below 30,000 IU. If a person chooses to use vitamin D supplements to raise their vitamin D levels, the IOM has indicated that 10,000 IU/day is currently considered the ‘no observed adverse event level’.

There are similar positive findings regarding the safety of the essential fatty acids DHA and EPA.  However, EPA can have a blood thinning effect at very high levels. DHA is available in an algal form, which is commonly used in maternal vitamins, infant formulas and foods for infants and toddlers, and for those who do not desire to use the DHA and EPA combination.  Pregnant mothers and infants use DHA rather than a DHA/EPA blend because the algal blend is not harvested from the marine environment, and so there is no potential risk of mercury to the pregnant mother or infant.

How much vitamin D should I give my children?

The average requirement is about 35 IU/pound of body weight (75 IU/kg) per day, from all sources. Vitamin D testing should be done at least annually with children as well as with adults to determine the need for supplements.

At what age should vitamin D3 supplementation begin?

The American Academy of Pediatricians recommends 400 IU vitamin D3 per day, starting at birth.  Some scientists have suggested that 1,000 IU per day, beginning at birth, would be more effective.  The tolerable upper level intake at birth is 1,000 IU, according to the National Academy of Medicine.  Be sure to consult with your pediatrician before deciding on vitamin D dosing for infants and children.